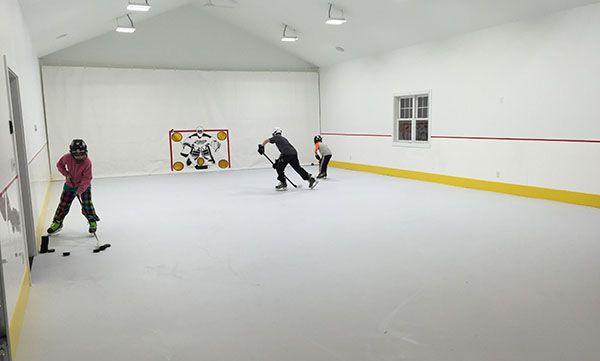 You would think that there is a simple answer to the mystery of the way to keep synthetic ice slippery. However, it is not so simple as that. Artificial ice has been around since the 1960s and has been through a lot of changes since then. There is a chance, if you get the right synthetic ice, you won’t have to worry about keeping it slippery at all. Let’s have a closer look at synthetic ice.

When synthetic ice first became public, over 50 years ago, it was an altogether different type of flooring. There were no small panels that you could easily install in your home. It was made out of an old-school polymer plastic that was in the early stages of development. In order for a person to be able to ice skate across the surface, it had to be constantly supplied with a lubricant so that the floor was slick enough for the skates to slide across. Even with the lubricant, the skaters had difficulty maneuvering across the surface because it had a lot of drag and caused sticking. Synthetic ice had a long way to go before it evolved into the kind of flooring we all know and love today.

In the 1980s a company named High Density Plastics developed a type of synthetic ice flooring that was put together with interlocking panels made out of high-density polyethylene. This type of plastic worked great for ice skating, but it had to be sprayed with a gliding fluid. The flooring needed to be consistently maintained by cleaning and re-spraying the fluid each month. Although it did work well at the time, developers still had a long way to go before they could perfectly imitate true ice.

Infused, or self-lubricating synthetic ice is made by adding a slipping agent into the plastic at the time of manufacture. This kind of ice flooring has its own built-in substance that keeps the flooring slick and ice-like for years to come because it is already infused with a special type of lubricant. Because of the agent dust and other contaminants can get stuck to the flooring and inhibit its performance, but regular maintenance and cleaning keep the flooring slick and in great shape so that you never have to add any lubricants, or other additives to keep it nice and slippery.

Dryland hockey tiles are another kind of flooring for hockey players. Sometimes they are confused with synthetic ice but are a longshot away from it. Dryland tiles are not made for ice skating at all. Instead, they are used for rollerblade hockey games and practice. They are, however, formed into easy to install tiles that can be placed in a home, or outdoors. These tiles are also referred to as “slick tiles” because they are made to be slick like ice so that the pucks and the sticks glide across them as if they were on real ice. Although dryland tiles are made to be slick and created from the same kind of polymer that synthetic ice is made from, they are not created with the same goal in mind.

Depending on the type and quality of your synthetic ice keeping it slick will be different. For self-lubricated synthetic ice, all you have to do is keep it clean and make sure that it is taken care of. Remove excess dirt and any other debris that might get built up over time and use. As for synthetic ice that does not have a slipping agent infused within it, you will have to add a lubricant at least every month and continue to keep it clean like clockwork. The best way to keep your synthetic ice slippery is to take good care of it. 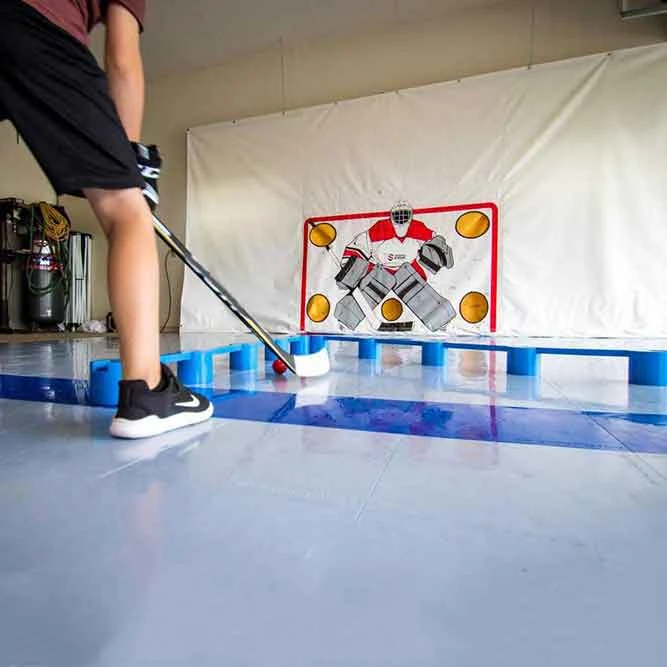 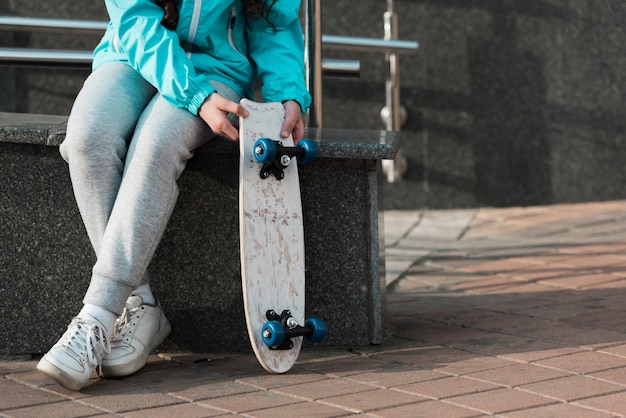